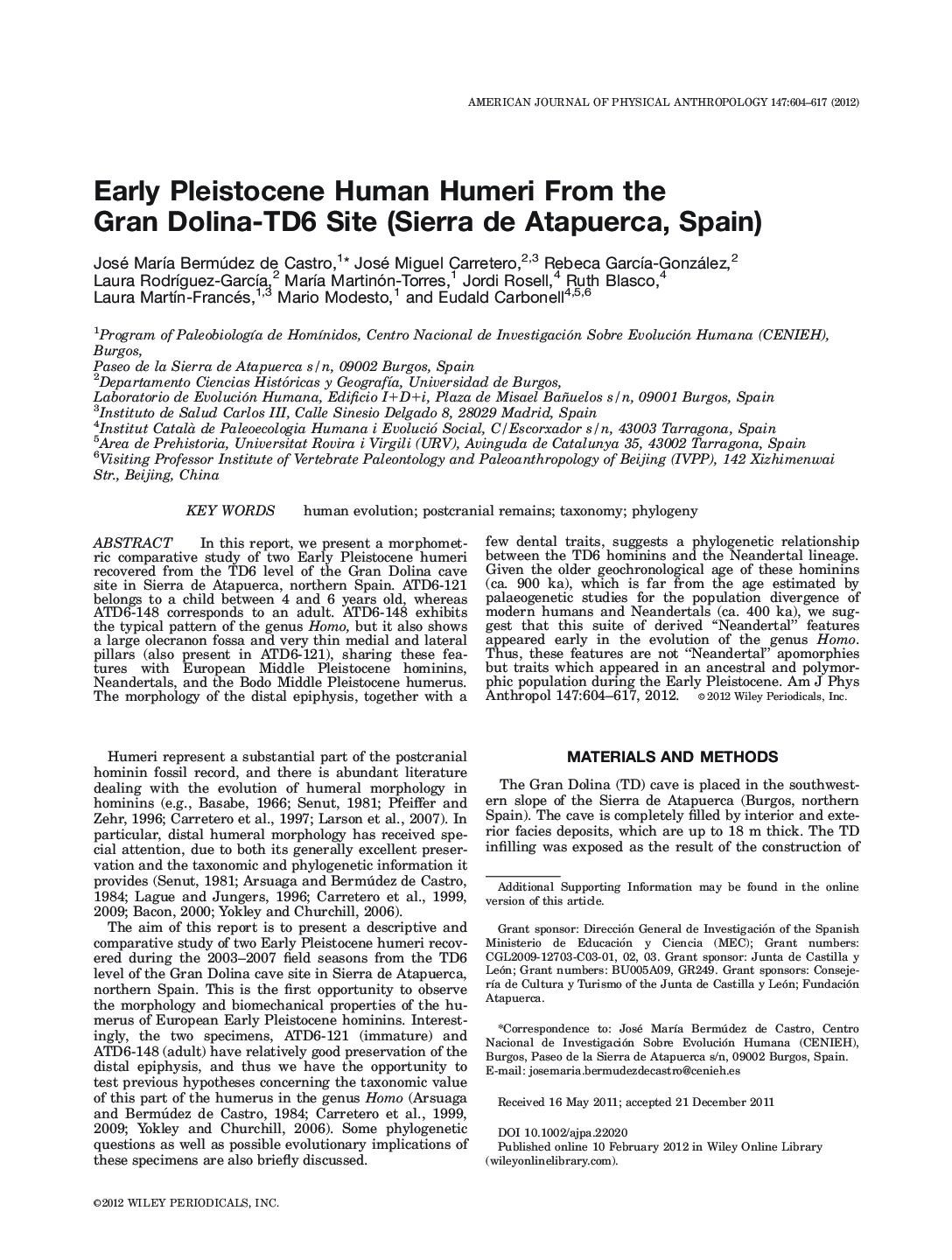 In this report, we present a morphometric comparative study of two Early Pleistocene humeri recovered from the TD6 level of the Gran Dolina cave site in Sierra de Atapuerca, northern Spain. ATD6-121 belongs to a child between 4 and 6 years old, whereas ATD6-148 corresponds to an adult. ATD6-148 exhibits the typical pattern of the genus Homo, but it also shows a large olecranon fossa and very thin medial and lateral pillars (also present in ATD6-121), sharing these features with European Middle Pleistocene hominins, Neandertals, and the Bodo Middle Pleistocene humerus. The morphology of the distal epiphysis, together with a few dental traits, suggests a phylogenetic relationship between the TD6 hominins and the Neandertal lineage. Given the older geochronological age of these hominins (ca. 900 ka), which is far from the age estimated by palaeogenetic studies for the population divergence of modern humans and Neandertals (ca. 400 ka), we suggest that this suite of derived “Neandertal” features appeared early in the evolution of the genus Homo. Thus, these features are not “Neandertal” apomorphies but traits which appeared in an ancestral and polymorphic population during the Early Pleistocene. Am J Phys Anthropol 2012. © 2012 Wiley Periodicals, Inc.