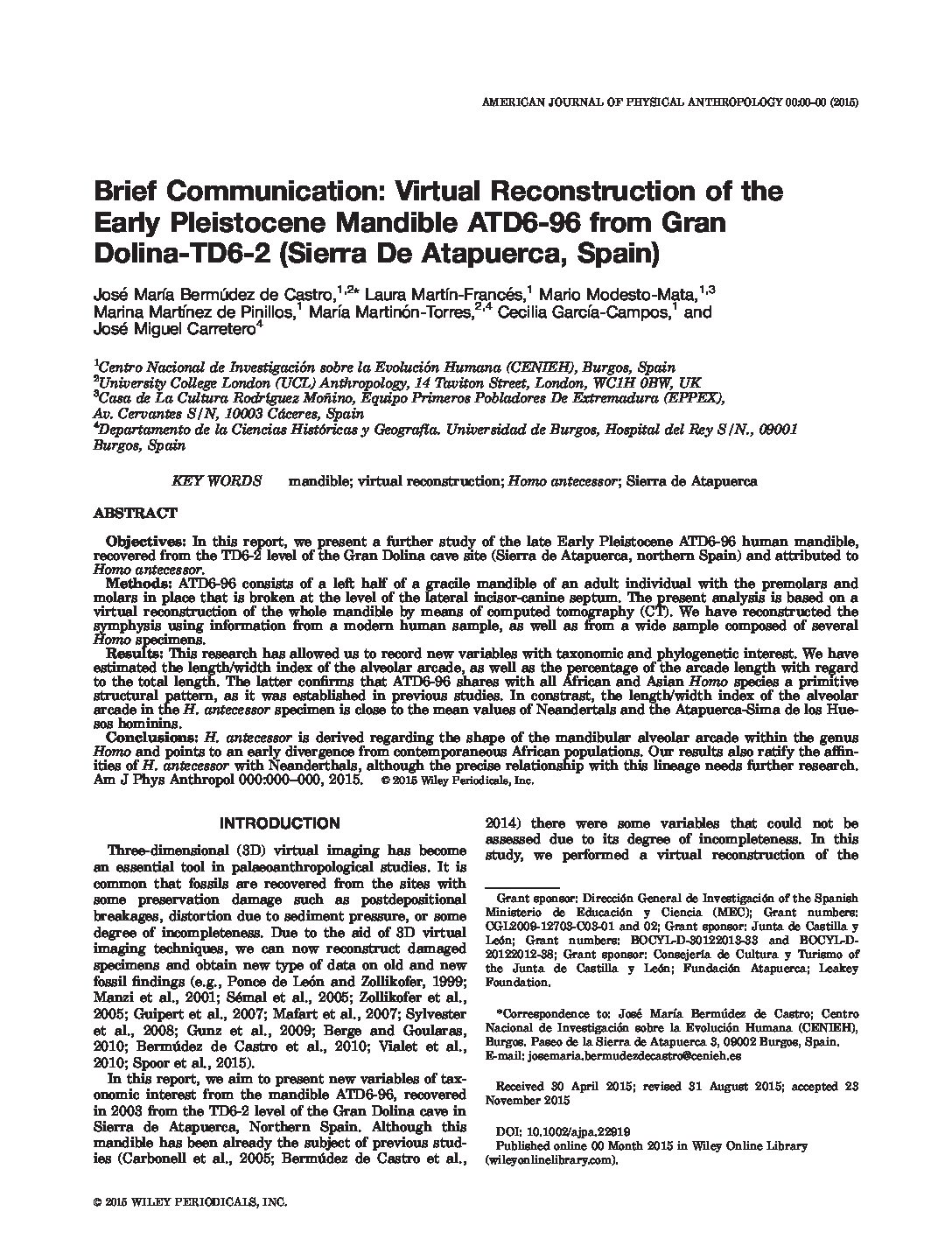 Objectives In this report, we present a further study of the late Early Pleistocene ATD6-96 human mandible, recovered from the TD6-2 level of the Gran Dolina cave site (Sierra de Atapuerca, northern Spain) and attributed to Homo antecessor. Methods ATD6-96 consists of a left half of a gracile mandible of an adult individual with the premolars and molars in place that is broken at the level of the lateral incisor-canine septum. The present analysis is based on a virtual reconstruction of the whole mandible by means of computed tomography (CT). We have reconstructed the symphysis using information from a modern human sample, as well as from a wide sample composed of several Homo specimens. Results This research has allowed us to record new variables with taxonomic and phylogenetic interest. We have estimated the length/width index of the alveolar arcade, as well as the percentage of the arcade length with regard to the total length. The latter confirms that ATD6-96 shares with all African and Asian Homo species a primitive structural pattern, as it was established in previous studies. In constrast, the length/width index of the alveolar arcade in the H. antecessor specimen is close to the mean values of Neandertals and the Atapuerca-Sima de los Huesos hominins. Conclusions H. antecessor is derived regarding the shape of the mandibular alveolar arcade within the genus Homo and points to an early divergence from contemporaneous African populations. Our results also ratify the affinities of H. antecessor with Neanderthals, although the precise relationship with this lineage needs further research. Am J Phys Anthropol 159:729–736, 2016. © 2015 Wiley Periodicals, Inc.