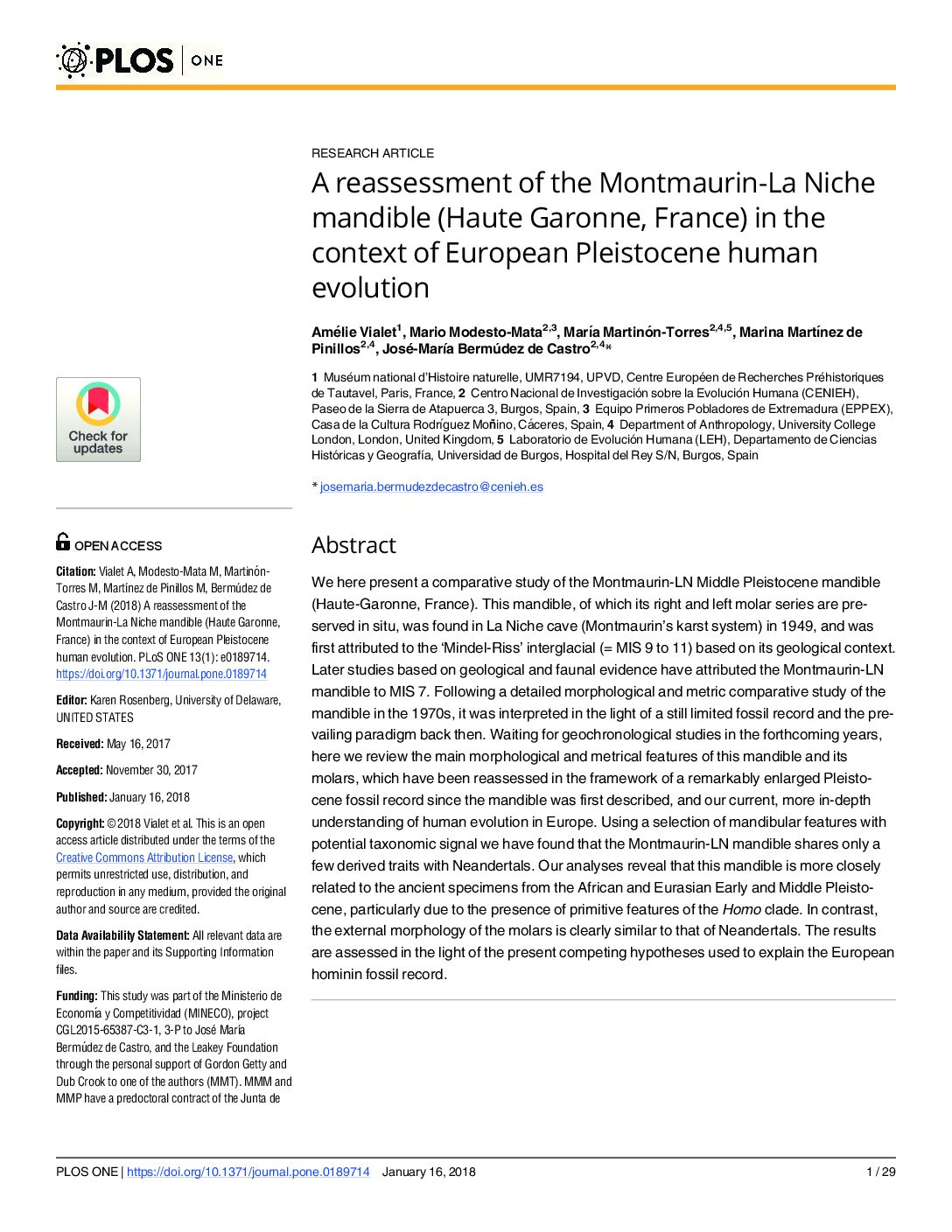 We here present a comparative study of the Montmaurin-LN Middle Pleistocene mandible (Haute-Garonne, France). This mandible, of which its right and left molar series are preserved in situ, was found in La Niche cave (Montmaurin’s karst system) in 1949, and was first attributed to the ‘Mindel-Riss’ interglacial (= MIS 9 to 11) based on its geological context. Later studies based on geological and faunal evidence have attributed the Montmaurin-LN mandible to MIS 7. Following a detailed morphological and metric comparative study of the mandible in the 1970s, it was interpreted in the light of a still limited fossil record and the prevailing paradigm back then. Waiting for geochronological studies in the forthcoming years, here we review the main morphological and metrical features of this mandible and its molars, which have been reassessed in the framework of a remarkably enlarged Pleistocene fossil record since the mandible was first described, and our current, more in-depth understanding of human evolution in Europe. Using a selection of mandibular features with potential taxonomic signal we have found that the Montmaurin-LN mandible shares only a few derived traits with Neandertals. Our analyses reveal that this mandible is more closely related to the ancient specimens from the African and Eurasian Early and Middle Pleistocene, particularly due to the presence of primitive features of the Homo clade. In contrast, the external morphology of the molars is clearly similar to that of Neandertals. The results are assessed in the light of the present competing hypotheses used to explain the European hominin fossil record.