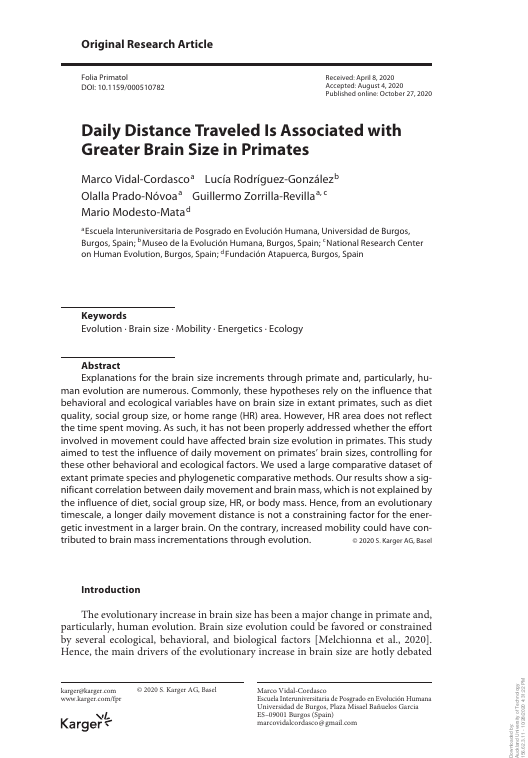 Abstract
Explanations for the brain size increments through primate and, particularly, human evolution are numerous. Commonly, these hypotheses rely on the influence that behavioral and ecological variables have on brain size in extant primates, such as diet quality, social group size, or home range (HR) area. However, HR area does not reflect the time spent moving. As such, it has not been properly addressed whether the effort involved in movement could have affected brain size evolution in primates. This study aimed to test the influence of daily movement on primates’ brain sizes, controlling for these other behavioral and ecological factors. We used a large comparative dataset of extant primate species and phylogenetic comparative methods. Our results show a significant correlation between daily movement and brain mass, which is not explained by the influence of diet, social group size, HR, or body mass. Hence, from an evolutionary timescale, a longer daily movement distance is not a constraining factor for the energetic investment in a larger brain. On the contrary, increased mobility could have contributed to brain mass incrementations through evolution.