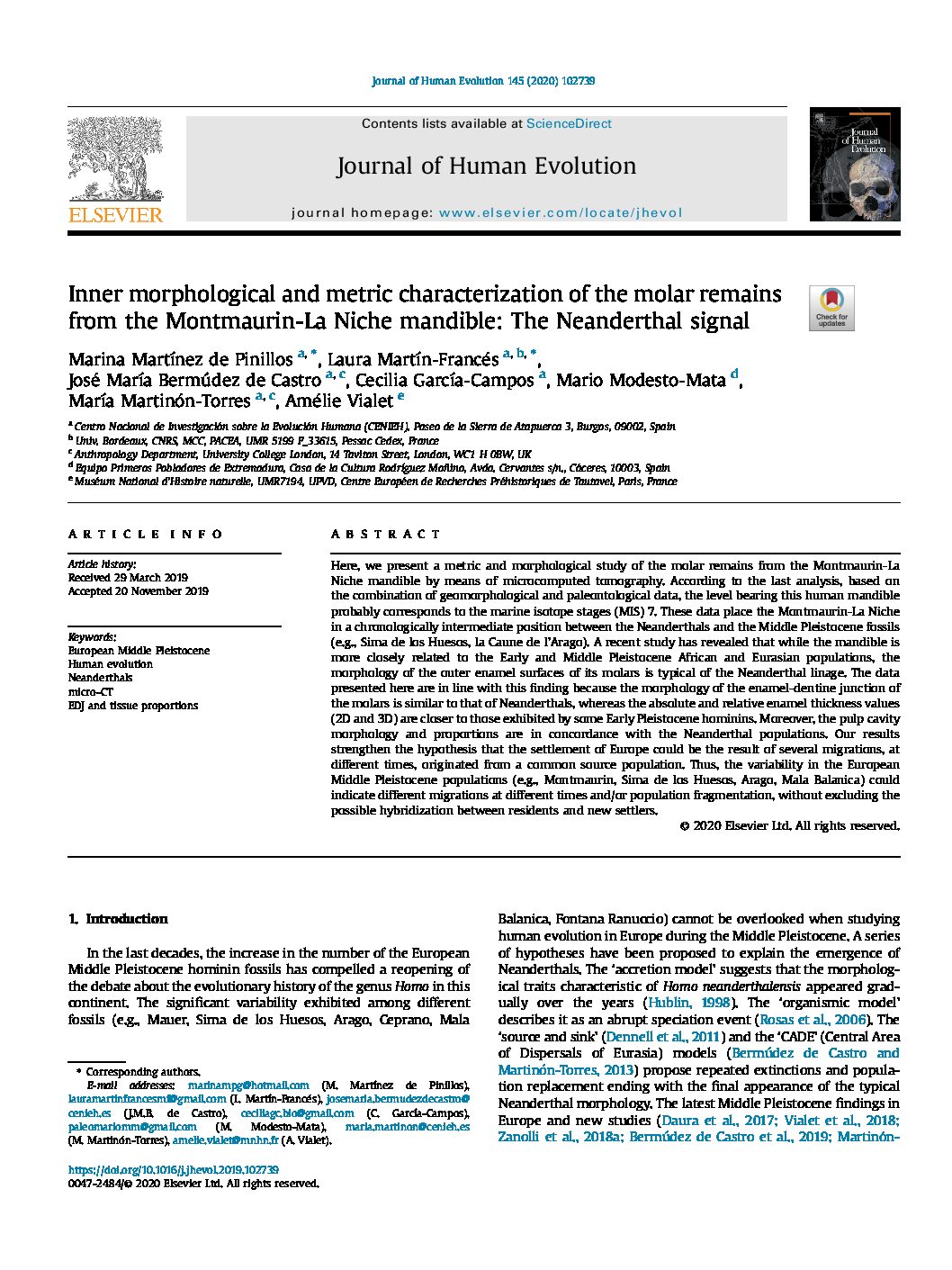 Abstract
Here, we present a metric and morphological study of the molar remains from the Montmaurin-La Niche mandible by means of microcomputed tomography. According to the last analysis, based on the combination of geomorphological and paleontological data, the level bearing this human mandible probably corresponds to the marine isotope stages (MIS) 7. These data place the Montmaurin-La Niche in a chronologically intermediate position between the Neanderthals and the Middle Pleistocene fossils (e.g., Sima de los Huesos, la Caune de l’Arago). A recent study has revealed that while the mandible is more closely related to the Early and Middle Pleistocene African and Eurasian populations, the morphology of the outer enamel surfaces of its molars is typical of the Neanderthal linage. The data presented here are in line with this finding because the morphology of the enamel-dentine junction of the molars is similar to that of Neanderthals, whereas the absolute and relative enamel thickness values (2D and 3D) are closer to those exhibited by some Early Pleistocene hominins. Moreover, the pulp cavity morphology and proportions are in concordance with the Neanderthal populations. Our results strengthen the hypothesis that the settlement of Europe could be the result of several migrations, at different times, originated from a common source population. Thus, the variability in the European Middle Pleistocene populations (e.g., Montmaurin, Sima de los Huesos, Arago, Mala Balanica) could indicate different migrations at different times and/or population fragmentation, without excluding the possible hybridization between residents and new settlers.