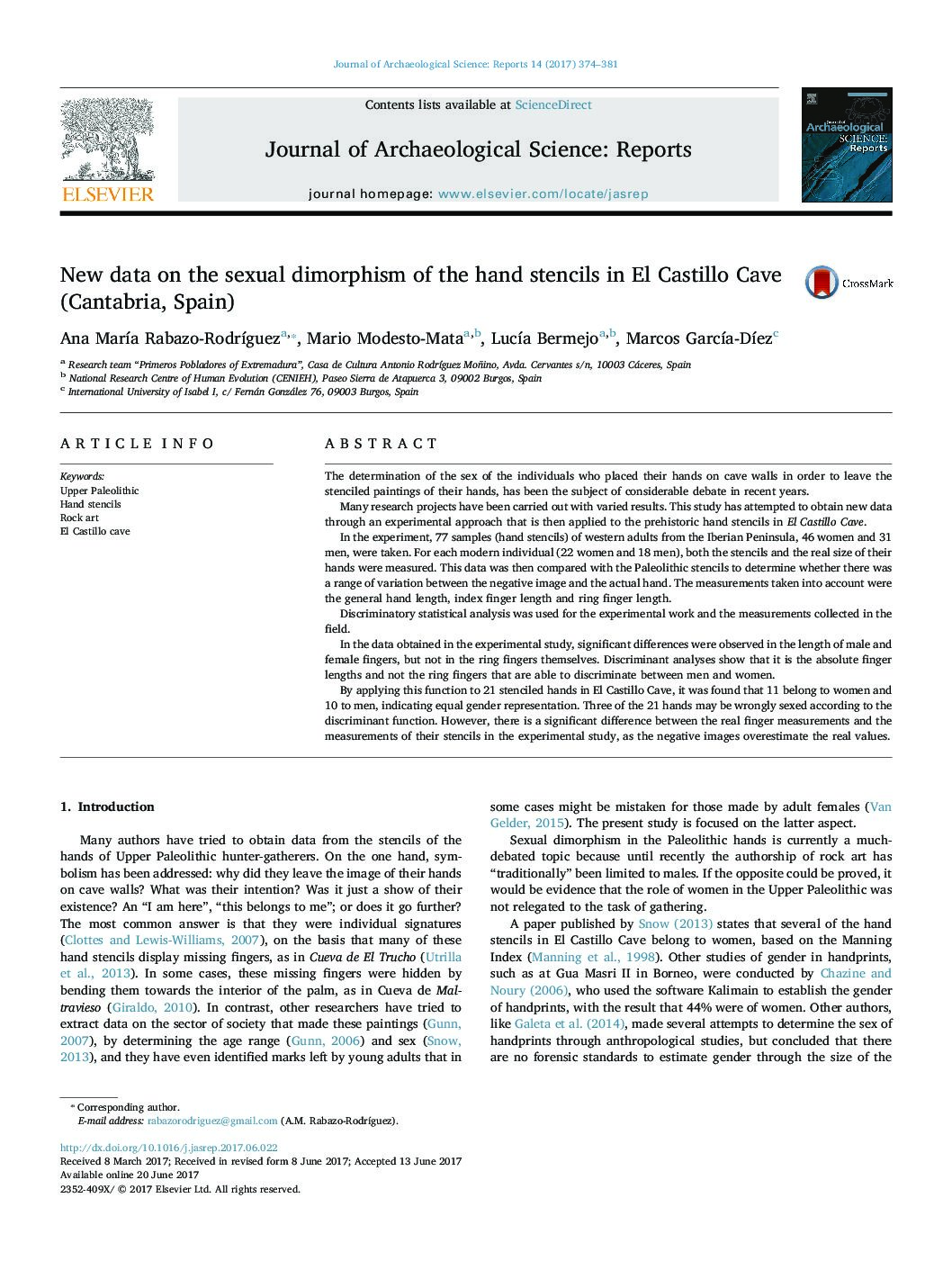 Abstract
The determination of the sex of the individuals who placed their hands on cave walls in order to leave the stenciled paintings of their hands, has been the subject of considerable debate in recent years. Many research projects have been carried out with varied results. This study has attempted to obtain new data through an experimental approach that is then applied to the prehistoric hand stencils in El Castillo Cave. In the experiment, 77 samples (hand stencils) of western adults from the Iberian Peninsula, 46 women and 31 men, were taken. For each modern individual (22 women and 18 men), both the stencils and the real size of their hands were measured. This data was then compared with the Paleolithic stencils to determine whether there was a range of variation between the negative image and the actual hand. The measurements taken into account were the general hand length, index finger length and ring finger length. Discriminatory statistical analysis was used for the experimental work and the measurements collected in the field. In the data obtained in the experimental study, significant differences were observed in the length of male and female fingers, but not in the ring fingers themselves. Discriminant analyses show that it is the absolute finger lengths and not the ring fingers that are able to discriminate between men and women. By applying this function to 21 stenciled hands in El Castillo Cave, it was found that 11 belong to women and 10 to men, indicating equal gender representation. Three of the 21 hands may be wrongly sexed according to the discriminant function. However, there is a significant difference between the real finger measurements and the measurements of their stencils in the experimental study, as the negative images overestimate the real values.