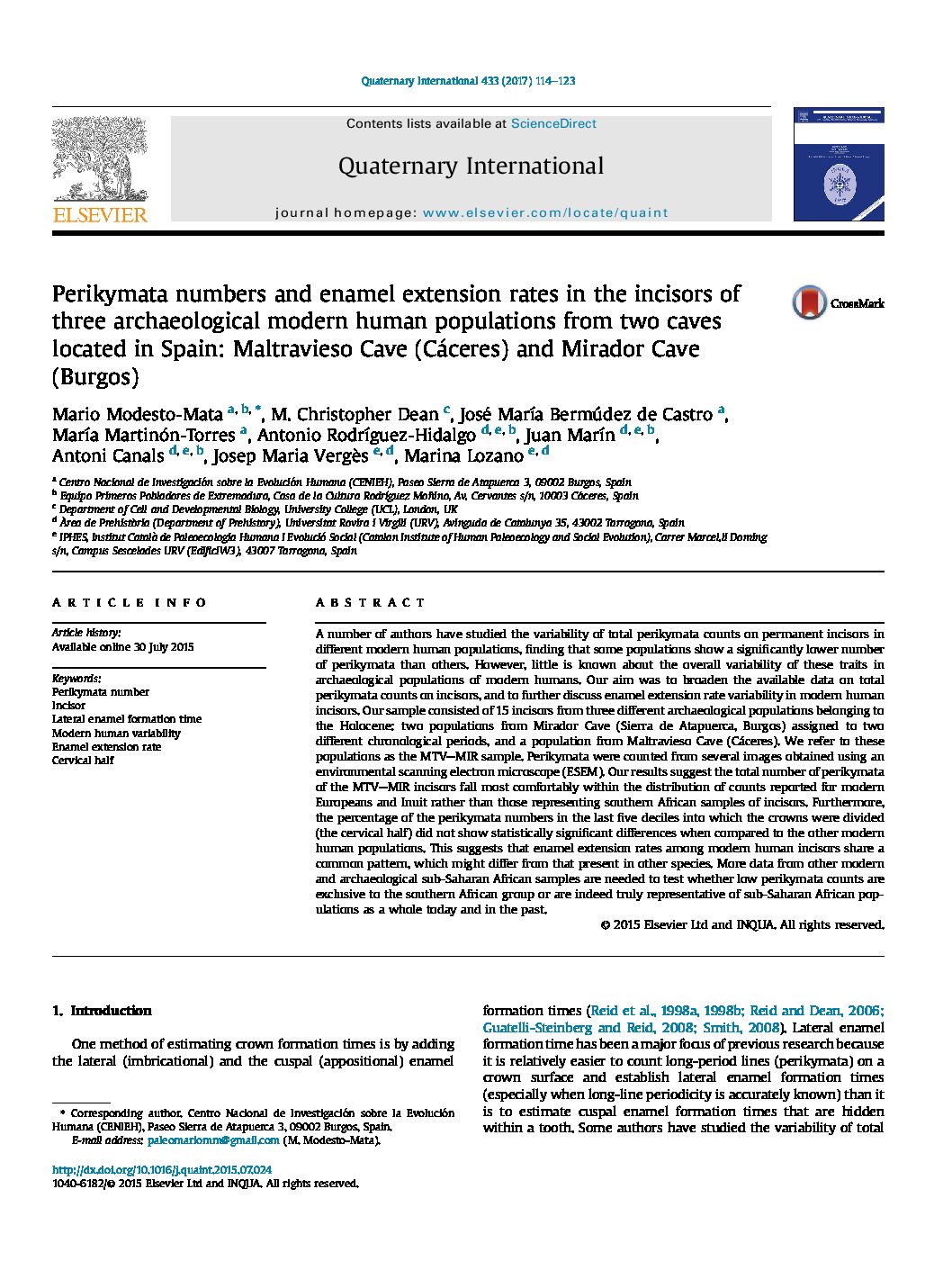 Abstract
A number of authors have studied the variability of total perikymata counts on permanent incisors in different modern human populations, finding that some populations show a significantly lower number of perikymata than others. However, little is known about the overall variability of these traits in archaeological populations of modern humans. Our aim was to broaden the available data on total perikymata counts on incisors, and to further discuss enamel extension rate variability in modern human incisors. Our sample consisted of 15 incisors from three different archaeological populations belonging to the Holocene: two populations from Mirador Cave (Sierra de Atapuerca, Burgos) assigned to two different chronological periods, and a population from Maltravieso Cave (Cáceres). We refer to these populations as the MTV–MIR sample. Perikymata were counted from several images obtained using an environmental scanning electron microscope (ESEM). Our results suggest the total number of perikymata of the MTV–MIR incisors fall most comfortably within the distribution of counts reported for modern Europeans and Inuit rather than those representing southern African samples of incisors. Furthermore, the percentage of the perikymata numbers in the last five deciles into which the crowns were divided (the cervical half) did not show statistically significant differences when compared to the other modern human populations. This suggests that enamel extension rates among modern human incisors share a common pattern, which might differ from that present in other species. More data from other modern and archaeological sub-Saharan African samples are needed to test whether low perikymata counts are exclusive to the southern African group or are indeed truly representative of sub-Saharan African populations as a whole today and in the past.