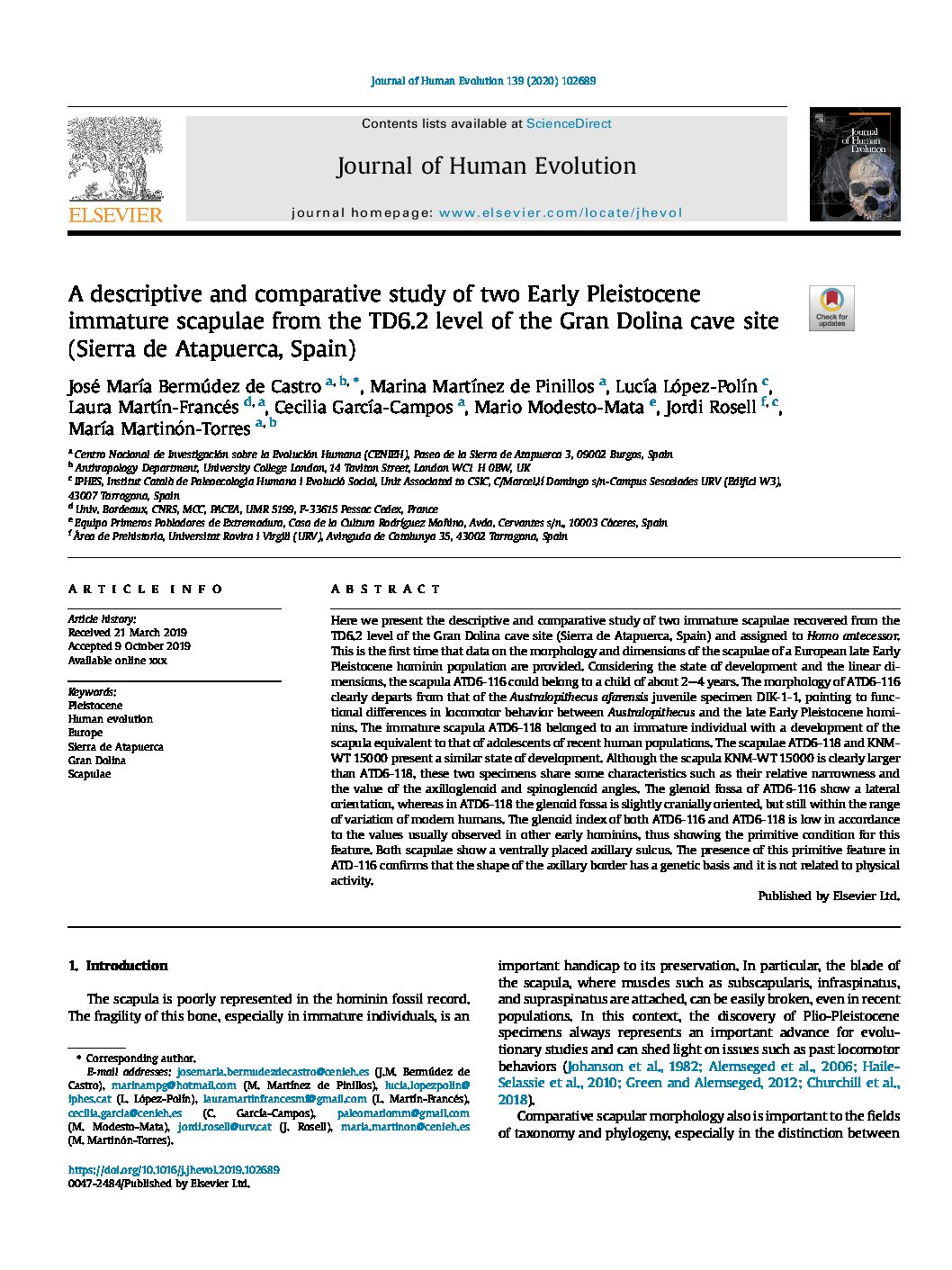 Here we present the descriptive and comparative study of two immature scapulae recovered from the TD6.2 level of the Gran Dolina cave site (Sierra de Atapuerca, Spain) and assigned to Homo antecessor. This is the first time that data on the morphology and dimensions of the scapulae of a European late Early Pleistocene hominin population are provided. Considering the state of development and the linear dimensions, the scapula ATD6-116 could belong to a child of about 2–4 years. The morphology of ATD6-116 clearly departs from that of the Australopithecus afarensis juvenile specimen DIK-1-1, pointing to functional differences in locomotor behavior between Australopithecus and the late Early Pleistocene hominins. The immature scapula ATD6-118 belonged to an immature individual with a development of the scapula equivalent to that of adolescents of recent human populations. The scapulae ATD6-118 and KNM-WT 15000 present a similar state of development. Although the scapula KNM-WT 15000 is clearly larger than ATD6-118, these two specimens share some characteristics such as their relative narrowness and the value of the axilloglenoid and spinoglenoid angles. The glenoid fossa of ATD6-116 show a lateral orientation, whereas in ATD6-118 the glenoid fossa is slightly cranially oriented, but still within the range of variation of modern humans. The glenoid index of both ATD6-116 and ATD6-118 is low in accordance to the values usually observed in other early hominins, thus showing the primitive condition for this feature. Both scapulae show a ventrally placed axillary sulcus. The presence of this primitive feature in ATD-116 confirms that the shape of the axillary border has a genetic basis and it is not related to physical activity.